Listen close...for we be telling you a tale true, one that even the Devil Jonah himself would stop to give an ear. The treasure ye be seeking is closer than it seems!

As you may have heard, John Wick Presents has a booth at PAX East this year (Booth #10112). We sent Pirate Nations to the printer in early February, so we didn’t expect to have copies at PAX...but the printer just contacted us to say that they were able to finish part of our print run early and they were shipping books to PAX!

The bulk of the Pirate Nations books will be headed to our warehouse in Albuquerque and our reshippers in Canada, Australia, and the EU by Friday, so we’ll release the coupons for those next week when we return from PAX. Expect to see Pirate Nations on your doorstep before the end of the month!

...but if you’re going to be at PAX East this weekend, you can pick up your print copy of Pirate Nations by filling out this form by 10 am Eastern on Friday:

If you didn’t add-on a copy of Pirate Nations to your pledge during the campaign, we’ll also have limited numbers of copies for sale at Booth #10112! Drop by and say hello!

War of the Cross at PAX East

If Pirate Nations isn’t enough of a reason for you to come visit our booth, we will also have prototypes of the 7th Sea board game we promised during the campaign: The War of the Cross! 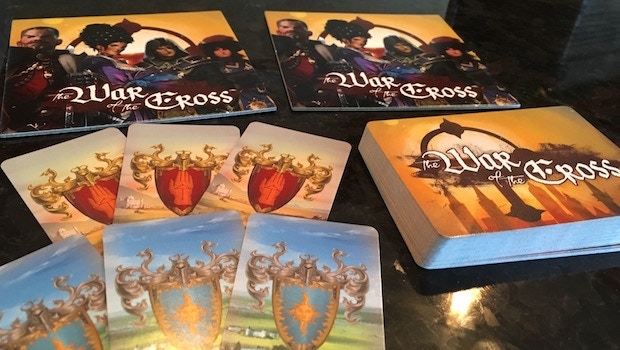 Dave Williams, Luke Peterschmidt, and John have been working tirelessly for the last few months to refine and perfect the first 7th Sea: Second Edition board game, tweaking the cards, the rules, and the board to put you at the center of the war that defines Théah. 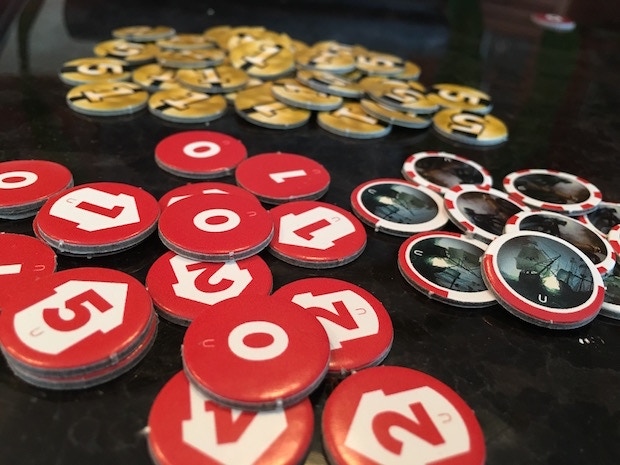 We’ll be running demos all weekend, starting when the convention opens on Friday. Come by to try the game out and give us feedback before we launch the War of the Cross Kickstarter later this year. (These prototypes are so hot off the presses that even John hasn't gotten his hands on one yet!)

Songs of the 7th Sea Delivery

In addition to working on our sourcebooks, board games, novels, and more… we’ve also been lucky enough to work with Sheldon Morley to finalize the official 7th Sea: Second Edition soundtrack: Songs from the 7th Sea.

Sheldon has done some amazing, amazing work on these shanties, and we’re thrilled to finally share with you the full album! Please check your Backerkit Digital Downloads page for MP3s of the whole album!

We’ll be finalizing a few liner notes and credits before we put the soundtrack up for sale on our website, but please enjoy the shanties themselves. We predict you’ll be humming ‘em as you carry about your business on the open seas soon enough.

It’s March… which means it’s time for another update to our production calendar:

The big news for March is that we’ve sent our third 7th Sea sourcebook (Nations of Théah: Volume 1) to the printer! Huge congrats to Danielle Lauzon and Lenny Balsera for keeping that book moving. We’ll have a final PDF for you all next week when we return from PAX East.

We’ve also adjusted a number of our expected sourcebook delivery dates this month based on how long it’s taking us to get a final PDF out the door once we’ve finished layout. Nations of Théah: Volume 2 is next up on the list, so look for previews of that PDF this month, followed by us sending it to the printer and delivering a final PDF in April 2017.

While our sourcebooks march on, the Pirate’s Booty has been delayed by some dice problems in China. Unfortunately, that’s caused us to shift the delivery date forward; everything else is ready to go, but we need the dice completed before we can ship everything to the States. We’ll keep you posted!

Finally, we’re addressing some language problems in Daughter of Fate that should be resolved before the end of the month, and we're still working on developmental edits to Born Under a Black Flag, so we’ve updated both those delivery estimates. John has started writing on The Gossamer Empire, though, so we should see that book before Gen Con 2017!

As always, thanks for your patience. This project is an enormous endeavor, one that requires us to constantly reevaluate what we can get done and how long it’s going to take us to do it. Thank you so much for your support while we make the whole of 7th Sea: Second Edition a reality!

Speaking of our amazing fans, 7th Sea: Second Edition won a Golden Geek for Roleplaying Game of the Year! We also snagged a Runner Up spot for Best Artwork and Presentation (thanks to the efforts of Marissa Kelly and Thomas Deeny). Amazing! 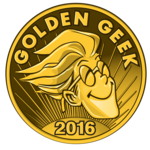 Thank you all so much for supporting us and voting for the game. We never dreamed that 7th Sea could return like this, and you all are absolutely the people who made it possible. Thank you!

I love the songs!  At least one I recognize as a rif on another existent song?  Are they all based on other shanties, and if so does can anyone name them?

I can't wait for Pirate Nations to be available in shop.I'll immidiately immediately it with Heroes & Villains.

Did anyone get to PAX, or are there any reports about War of the Cross from people who went?