For those who have been wondering what we've been up to, Chaosium and I have been working together, helping me sort out the money JWP owed and so much more. Rick, Neil and everyone else have made me feel that we are bringing everything back on course. We’ll be able to fulfill the promises JWP made and even more than that. With Chaosium, I’ll be able to deliver the 7th Sea that JWP wasn’t able to deliver.

Updates will now be delivered on a monthly basis. Our next update will be on June 1st.

With that in mind, let's talk about the future of 7th Sea.

Because there's a lot to do and more than a few bumps in the process, instead of reporting hard dates for when books are coming out--especially right here at the beginning--I'd rather give you updates on progress and the priority we're putting behind the books. This is what we're looking at in that regard.

The only piece of the puzzle missing from Secret Societies was art. With that in mind, take a look at the cover, provided by the amazing Shen Fei. Interiors are also on the way, arriving in June-July. After that, we'll be heading into final layout. So, you can expect to see Secret Societies in the 3rd quarter of 2019. When we start getting art in, I'll post them in the updates. 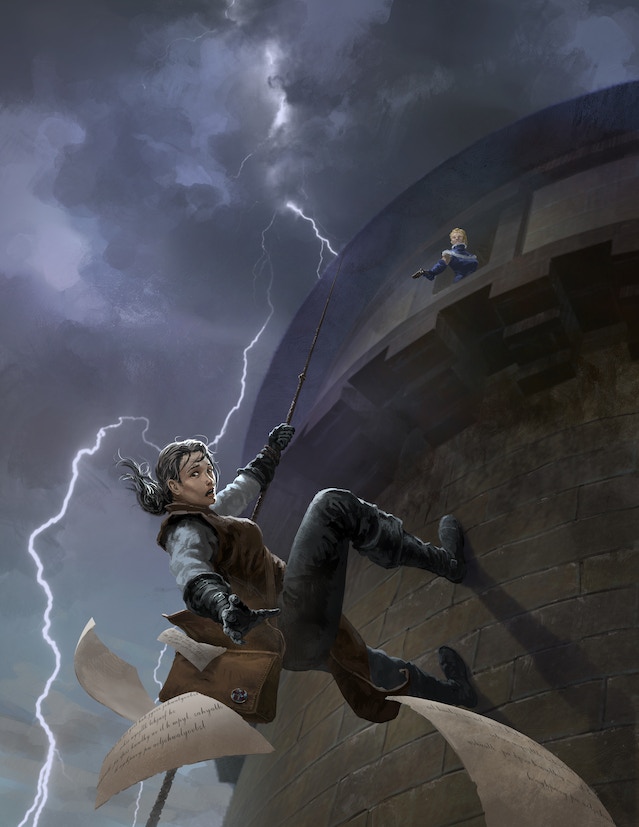 Work has also begun on finishing up Khitai. Mike Curry and I want to make sure its the product we want, then we'll go into art direction and layout.

After reviewing The Colonies with other Chaosium line editors, we determined the book needed a good deal of change. While the book contains loads of information, it didn't really address how the players and GM would interact with that information. It was a huge info dump with very little in the way of giving the players an "in" on this exciting part of the 7th Sea world. We decided to take another swing at The Colonies, keeping much of what was written, but adding some more bang! for your buck. I'll be working with a few people on that as we put Secret Societies to bed. Then, of course, is art direction and layout.

Cities of Faith and Wonder

These two books we'll be tackling together and we'll be taking them on after The Colonies goes into layout. So, I expect you'll see them in the second or third quarter of 2020.

If you have any questions, please post them here. Chaosium and I will do our best to answer them.