It’s been nearly two weeks since we wrapped up the 7th Sea Kickstarter, and we’ve been busy! Our artists are signed, we’re working on the text for the Core Rulebook, and everything is coming together beautifully. I can’t wait to show you everything you’ve made possible.

For example, here’s some of the amazing art that Marissa has commissioned from one of our artists, Manuel Castanon: 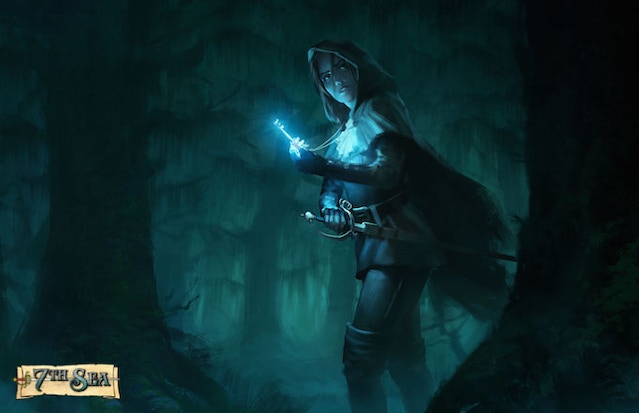 The next few months are going to be a bit slow as we get in text, art, and more for our first few books. Production is a marathon, not a sprint, but you’re going to hear from us on a regular basis. We’ll be doing one update a month around the 25th and additional updates as we have stuff to announce. Often, you’ll be hearing directly from Mark, the project manager for the line.

And on that notes, I’m going to turn this over to Mark to talk about production stuff…

First, thank you so much for your support and excitement. It's an honor to be working on 7th Sea and you all have been amazing: kind, thoughtful, and a lot of fun. And we've got some fun announcements today!

We’ve got a long road ahead of us, but things are going to start off with a bang this next month when we release the 1st Edition PDFs to all our $40+ backers. As soon as everyone’s pledges go through (around April 1), we’re going to release all the PDFs so that you can start digging into everything Théah has to offer.

Since we’re fulfilling all of the PDFs for this campaign through DriveThruRPG (DTRPG), we’re going to be collecting your DriveThruRPG account emails through the Kickstarter survey tool. This survey will be pretty lean: we're only going to ask you a few brief questions.

We’ll be sending that survey out later today. Please fill it out ASAP so that we can get you your PDFs on April 1st! (And if you don't have a DTRPG account yet, you can make one right here: https://www.drivethrurpg.com/login.php)

In addition to the Kickstarter survey, we’re also going to be using a pledge manager called Backerkit to keep track of all your rewards and add-ons. Basically, Backerkit has all the features that Kickstarter doesn’t have: add-on support, more complicated surveys, etc. We’ve used Backerkit for most other JWP campaigns and it’s made tracking everything much easier!

We’ll be sending out Backerkit invitations by April 4th, 2016. From that point, you’ll have until April 29th, 2016 to make changes to your order and add-on/upgrade your pledge. Once we hit April 29th, we’ll lock down everyone’s orders so we have accurate counts for things like dice and books; you won’t be able to change your order after April 29th without contacting us directly.

We’ll also be making preorders available through Backerkit by April 4th for those folks who missed the campaign. The preorder options will include most reward tiers, but it’s going to be a more limited, focused set. We’ll have more information on that when the preorder page goes live.

If you add-on additional materials, upgrade your pledge, or preorder, we will charge your account on May 31st, 2016. Obviously, if you don’t add anything additional to your order, you won’t be charged anything by Backerkit; Kickstarter has already collected your funds!

Now that the campaign has wrapped, we’ve got a much better idea of what we need to make this voyage a success. Please welcome two new members of our crew: Liz Chaipraditkul and Ben Woerner! 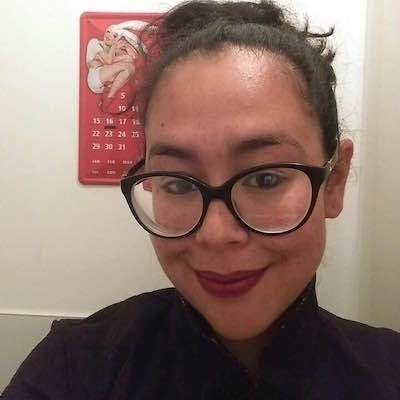 Liz Chaipraditkul is a game developer and writer who lives in the Netherlands. She owns Angry Hamster Publishing - a tabletop role play company and writes articles for her own personal blog on gaming. Liz’s first solo game WITCH: Fated Souls, was successfully funded on Kickstarter in 2015. When not in her own imaginary world, Liz keeps busy with crafting and walking her dog.

Liz is our lead developer for the Heroes and Villains book, one of the first sourcebooks we’re going to release for the 7th Sea line later this year. Liz has done some amazing work on her own book, WITCH, and we’re excited to have her take the lead on making our NPC book (and the Deck of Heroes/Villiany) awesome. 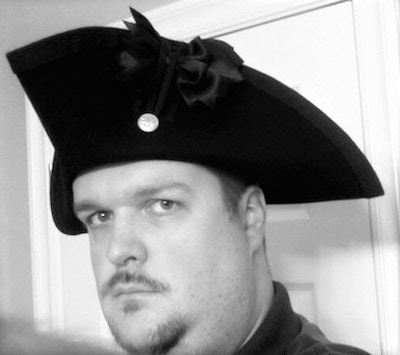 BEING HEREIN THE WHOLLY TRUE AND INTERESTING TALE OF BEN WOERNER, PIRATE:

As a child, Ben Woerner knew that one day he'd be a pirate. In preparation, he read and watched Captain Blood, Treasure Island and trained to be a pirate, in true Defoe fashion, there's more, but then this bio would be too long.

Ben is our co-developer (along with John) for the Pirate Nations book, our first sourcebook! As you might have noticed from his bio… Ben loves, loves, loves pirates. We’ve been working with Ben on multiple projects for a while now (including World of Dew, his samurai noir sequel to John’s Blood & Honor), and I can’t wait to see what he and John cook up for the big book of pirates!

For those of you who are interested in writing for 7th Sea, stay tuned for our writer all-call announcement. We’ll be sending out information on how to apply for freelance writing positions around April 1st.

Finally, if you’re having any problems at all with your pledge, please let us know via Kickstarter messages. In most cases, you’ll be able to resolve things with Kickstarter. If you can’t fix it before your pledge is dropped, however, we’ll be able to get you back into the campaign when Backerkit goes live. Don't worry; we'll get everything sorted out, no matter the problem!

As always, please let us know if you have any comments or questions! We’re excited to see everything move forward, and we’re thrilled to have you all on our crew!

The thing I find most interesting is that glowing key she has. There is a story to that key and here she is using it as a way to light her path at night. I love that because I use my keys to open boxes all the time.