While it’s coming in just under the wire, we’re excited about our April 2017 Production Update! Thanks for your patience this month; we’ve been busy with our noses to the grindstone and our hands wet with ink!

Now that we’ve finally finished all the print proofing for Nations of Théah: Volume 1, we’re ready to release the final PDF on DTRPG: 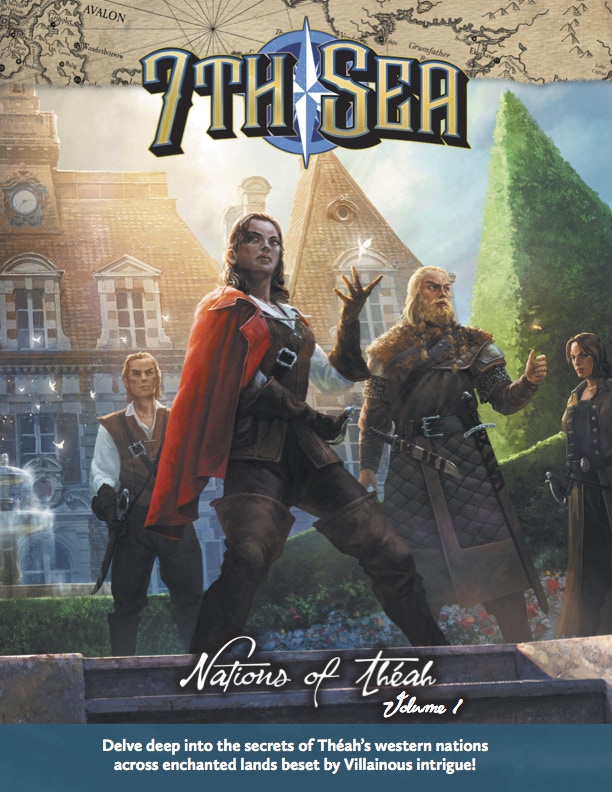 Change is coming to Theah’s western nations. Tensions rise as disenfranchised, war-weary people grow restless under the unrelenting rule of the nobility. Now, the people look towards revolution as the only respite.

Adventure, political intrigue and upheaval lurks around every corner. Are you ready to take up the cause?

As with other final digital files, this sourcebook will be pushed out to backers via Backerkit by Monday. If you didn’t get an email from Backerkit, you can grab the files directly from the Backerkit Digital Downloads page:

Look for the full Nations of Théah: Volume 1 PDF to go on sale this next week! We’ll have print copies out to backers and up for sale on our webstore by the end of May. 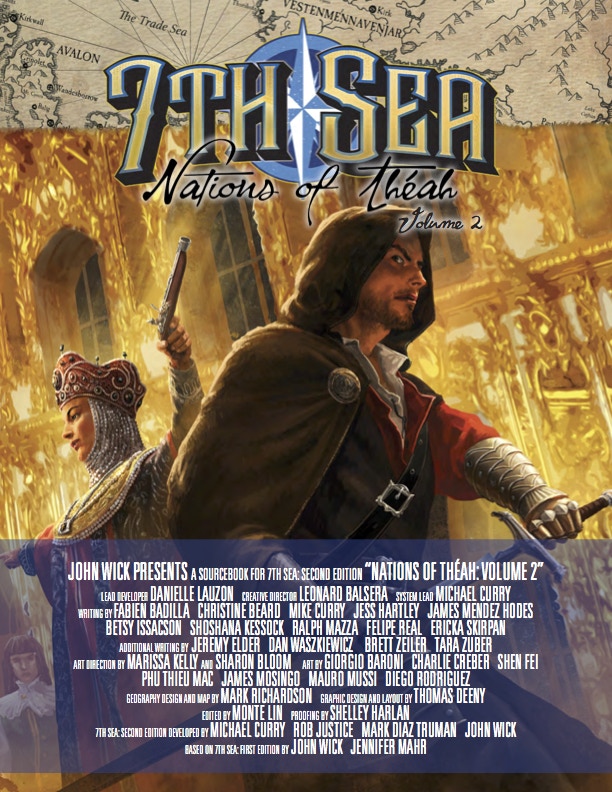 Like NoT: Volume 1, NoT: Volume 2 covers four Théan Nations: Eisen, Ussura, The Sarmatian Commonwealth, and Vodacce. Probe the secrets of these eastern lands, where magic grows thick and dangerous and backstabbing intrigue lurks around every corner.

If for some reason your Backerkit doesn’t have the file, please message us via Kickstarter and we’ll get it sorted out for you. We can’t wait to get your feedback on our newest book!

As before… please don’t email or post in the comments with your feedback. With over 11,000 backers, that would overwhelm our ability to deal with emails and comments. Instead give us feedback via this link by May 5th at 10:00pm Eastern:

We’ll be sending this book to the printer in early May, so look for final PDFs then and actual books by June!

On that note, we have a bunch of updates to our overall production update for this month.

Our proofing for Nations of Théah: Volume 1 took a bit longer than usual, so we’re now waiting on the books to get back from the printer. We expect to see them in a few weeks! Nations of Théah: Volume 2 (as above) will go to the printer in May, so we expect to ship those to backers in June. The New World is a bit delayed (I’ve been busy with taxes and other JWP business stuff), but we still hope to have that book out on PDF in June along with Crescent Empire and Lands of Gold and Fire.

While we hoped to ship the Pirate's Booty and all the dice/decks/cards in April, our printer in China took longer to finalize the dice than we hoped. Here's a few previews: 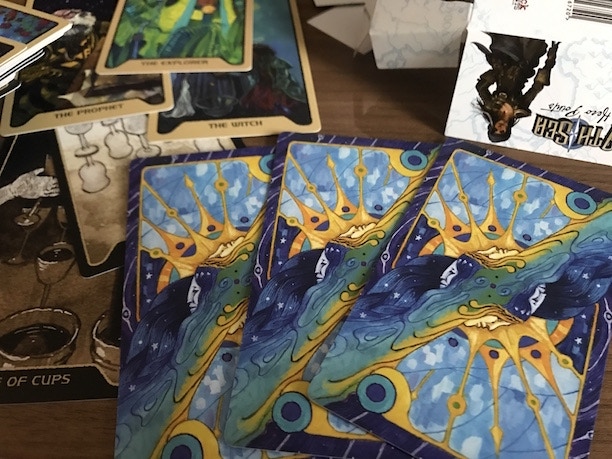 Luckily, all of those materials, including the GM Screens, are already on boats headed to their various ports! Check out this video of everything loaded up on pallets (SPOILER: it's a lot of pallets): 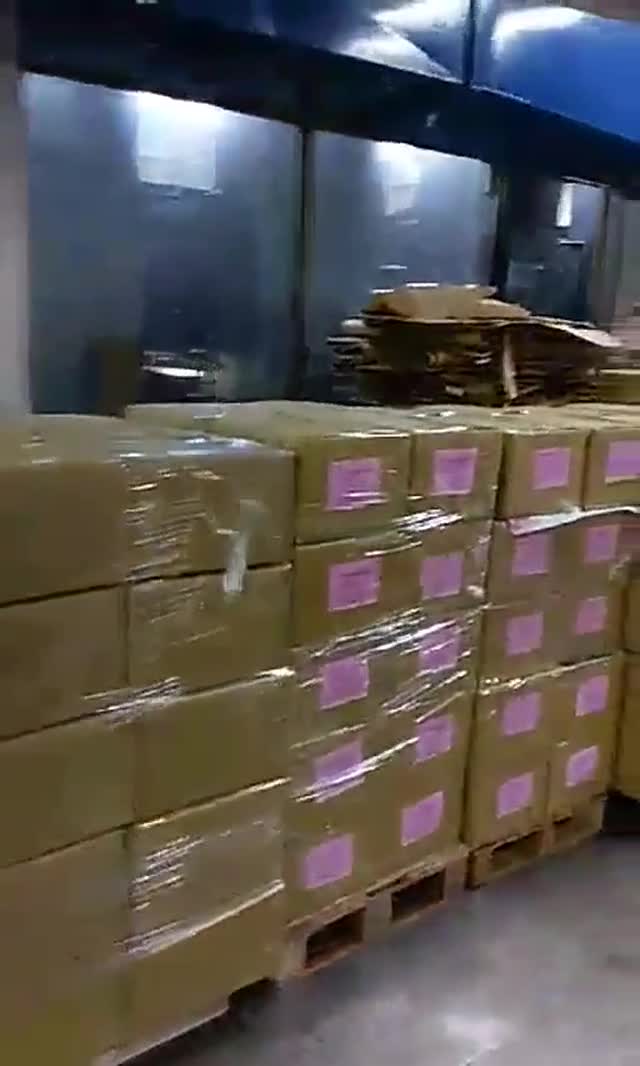 It takes a few weeks for stuff to cross over from China, but we expect to ship these to backers at the end of May/first week of June. We’ll keep you all posted in the May Production Update. (You’ll notice we have a LOT of stuff coming out in May…)

Last week, the JWP staff convened in New Mexico for our first-ever staff retreat. For some of us, it was also our first-ever time meeting in person! In addition to enjoying the amazing food and sunshine of New Mexico, everyone had the opportunity to give a presentation about their role at JWP, and to present ideas about future projects to the whole team. 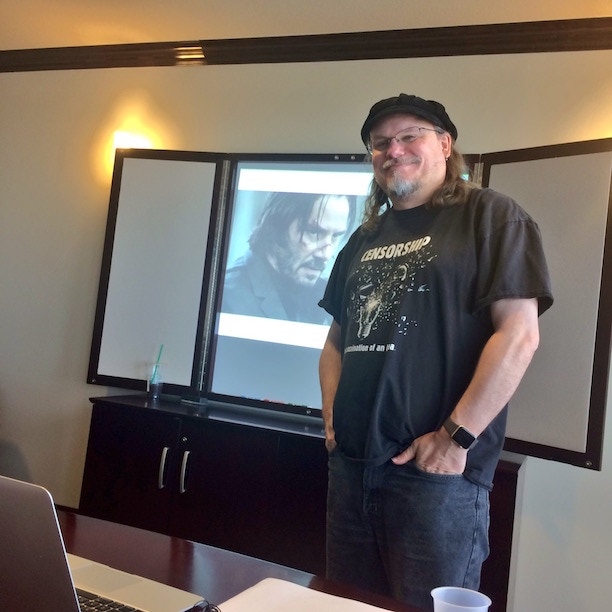 Presentations included the history of JWP and 7th Sea, a behind-the-scenes look at art direction and layout, a media training and big-picture business overview, and planning for both of our much-anticipated Kickstarters this year: The War of the Cross and 7th Sea: The East. We also enjoyed conversations about potential new games and games that take place in existing worlds of John’s creation. It’s too early to share these ideas now, but keep an ear to the ground and an eye on the sky. 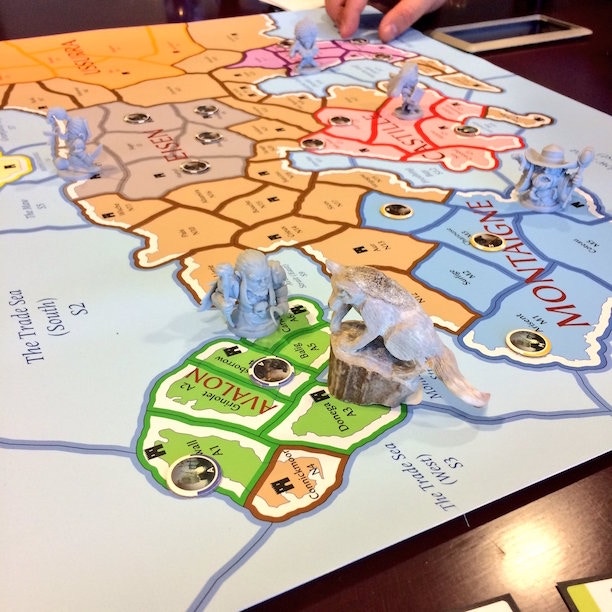 The War of the Cross... Coming Soon!

We're so excited about what the next five years holds for the John Wick Presents staff. We think of the 7th Sea: Second Edition Kickstarter as just the beginning!

The Spirit of 7th Sea

Finally, if you haven’t listened already, we’re happy to share one of our newest projects—the Spirit of the 7th Sea podcast. Join Hannah, John, and the 7th Sea crew for a once-monthly behind-the-scenes look at the triumphant return of 7th Sea. 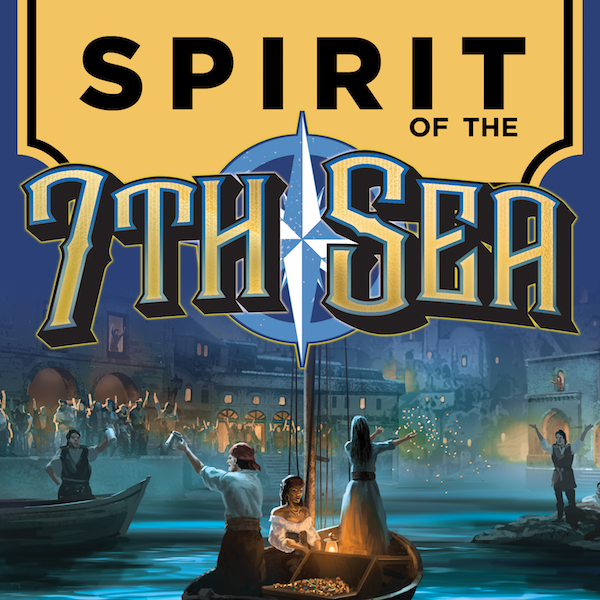 In the first episode, John sits down with Hannah to talk about the whirlwind success of 2nd edition and the creative inspiration behind 7th Sea.

Follow along on libsyn or subscribe on iTunes and check back next month for a brand new episode.

And... that's it! We'll be back in a few weeks with an update for May!