We’ve been working this past two weeks on getting everything in order and out to you all as soon as possible. Since there are over 5,000 items to ship, the process is a bit time consuming… but domestic backers should be getting tracking numbers for their pieces—including individual Sorte decks, dice, etc—this week. Our shippers have assured us that we should have all domestic packages delivered by June 15th.

In order to speed things along, we’re shipping additional books attached to these domestic orders separately. If you get your copy of Pirate Nations before your full Pirate’s Booty, no need to panic! The Pirate’s Booty will be along shortly.

International backers should be aware that our shipment there is moving slowly through the process, but we still expect to get you a package (including any additional books you ordered) by the end of June. We’ll get tracking numbers out to you all whenever possible, and we’ll have another update on international shipping next week. If there are any delays, we’ll let you know as soon as possible.

Our apologies for the lack of confirmation emails from our webstore when some backers put in their coupons. Apparently, you all overwhelmed our site to the point that some folks didn’t get notified that their orders went through. Please drop us a line via Kickstarter message if you are worried that your order didn’t actually make it through our system. We’ll get you sorted out.

And again...thank you for your patience with these shipments! This is the single biggest shipping project we’ve done since the Core Rulebook back in August 2016, and it’s going to take us some time to get your items out the door and into your crew’s cargo hold. Thanks!

And just as we’re getting the Pirate’s Booty out the door, we’ve received the print copies of Nations of Théah: Volume 1. Danielle Lauzon, as Lead Developer, did an amazing job bringing this book to print, and we’re so excited to get it into your hands! 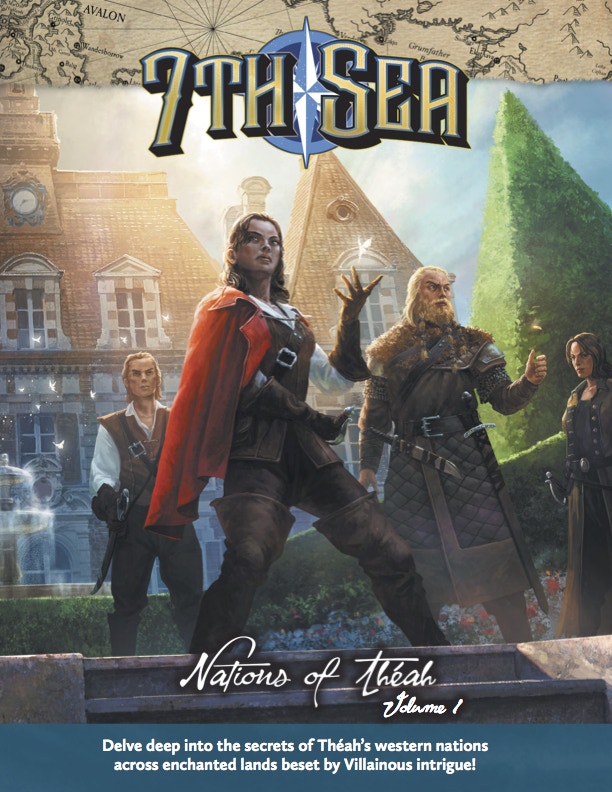 As with our other sourcebooks, we’ll be running the delivery for these books through our webstore via coupon codes delivered through Backerkit. We’ve already pushed those coupons out via email, but if you didn’t get an email, you can grab your coupon directly from the Backerkit Digital Downloads page:

And if you didn’t yet purchase a physical copy of Nations of Théah: Volume 1 and want to pick one up… now is a great time to buy your copy direct from our webstore:

Congrats again to Danielle Lauzon and her whole crew! They’ve put together a beautiful book, and we can’t wait to get it out to you all.

Now that we’ve finally finished all the print proofing for Nations of Théah: Volume 2, we’re ready to release the final PDF on DTRPG to backers: 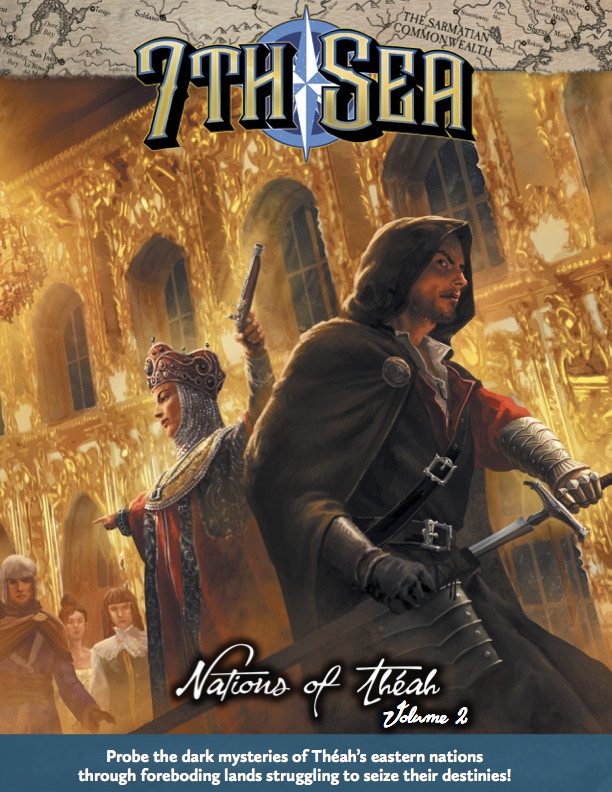 What is free can never be caged.

What is caged will never know freedom.

Revolution, democracy, freedom—Théah’s eastern nations know these words well. As each nation struggles to find its footing in these treacherous new landscapes, unrest looms on the horizon.

Adventure, political intrigue and upheaval lurk around every corner. Are you ready to take up the cause?

Look for the Nations of Théah: Volume 2 PDF to go on sale on DTRPG in late June! We’ll also have print copies out to backers around July 10th and up for sale on our webstore by the end of July.

War of the Cross Launch Delay

While we’re very nearly ready to launch the Kickstarter for our diplomatic strategy game, War of the Cross, it looks like we were a bit premature in our last update. We’ve got a few art assets still to develop in order to finish our gameplay video, so we’ll be launching the campaign a little later in June. Thanks for your patience!

In the meantime, though… we thought we’d share another few preview images. This time we’ve got one of our favorite minis, the Porte mage along with some sample story cards and treasure cards: 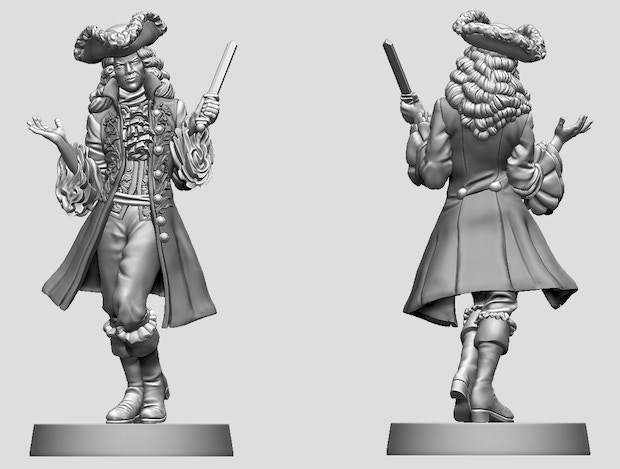 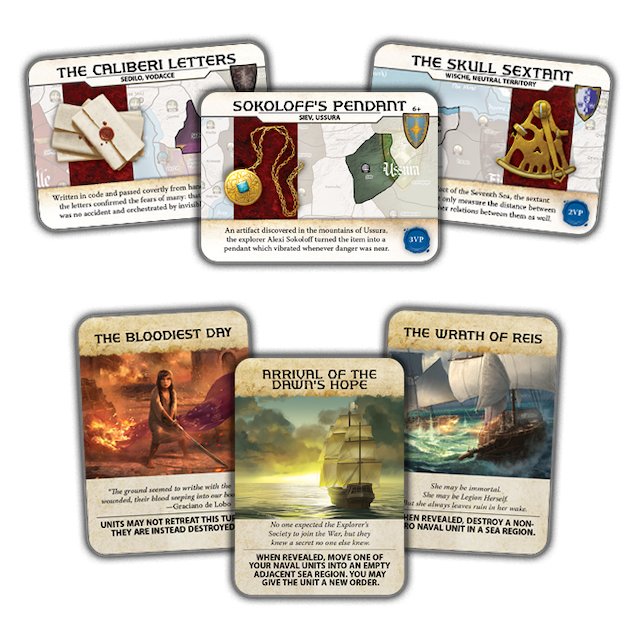 Look for more information on War of the Cross soon!